With Facebook exploding into existence and evolving rapidly in just a couple of years, it’s not easy for users to grasp the unspoken rules of the social interactions within. Still, there is a general agreed upon courtesy or etiquette for online communication which we can apply to the phenomenal social networking site. Nevertheless, there is no such thing as hard and fast rules for spontaneous social interactions because they are ever-changing.

The following etiquettes are therefore not something which we should all strictly abide to. Rather, I must emphasize that they are purely guidelines to enhance our social interactions and experience with Facebook. The fact is that there is no one-size-fits-all when it comes to social interactions. So, I encourage all of you to take these with a grain of salt and apply them as you deem fit!

1. Message Private Matters Instead of Posting On Wall

As much as you may have exhibitionistic tendencies and wants everyone to know your most intimate secrets, others may not share the same inclination. Your friends might not take it too kindly when you post what they did last night at your house party, or any other stuff which are understood to be kept between your closest friends.

The fact is that most of their Facebook friends will hear about it in such a public platform. The walls indeed have ears, especially so for the Facebook Wall. Best to keep these conversations behind closed doors in Facebook Messaging.

When you have hundreds of friends and acquaintances in Facebook, you have people from all kinds of backgrounds, all with different jobs, beliefs, personalities, etc. Updating your status with a general statement may seem harmless to you, but others may read it in a different light. For example, you make a remark about how advertisers con unsuspecting consumers into buying something they don’t need.

What you may not realize is that some of your friends in the advertising industry could see your status in their newsfeed. It’s a general statement, but they might think you are targeting them. Of course, it’s not going to be any fun if you’re going to consider all the possible misinterpretations before you post anything, but just be mindful of it.

This isn’t just Facebook etiquette; it’s social etiquette or even common sense. If you need to inform your friends or your family about some important and personal news (e.g. death in the family), don’t declare it out in the public domain. Facebook is a social networking site; it’s supposed to be public. This means that people can know what happened.

The other reason not to post is courtesy. It’s the same reason why you shouldn’t use SMS (or even the phone) to break up with someone. It’s rude and insincere to break important news, be it good or bad ones, without having some form of genuine communication through voice tones and body languages.

4. Reply To Comments Especially If They Are Questions

You post a status, and your friends make comments and ‘like’ it. I guess the least you can do is to acknowledge them by replying something, especially when they are questions directed to you. I’m not saying you should do it for the sake of doing it, but add on to their comments once in awhile. If you ignore them all the time, chances are that they won’t bother about your status anymore, lest they look silly talking to a wall. It’s almost karma.

If you’re stalking your friend, leave it at that. Don’t make it a habit to make some comment on everything your friends post or they’ll start to get suspicious. Even if you say with all honesty that you are not stalking them, it’s not going to be easy for them to believe that their status updates always appear on your newsfeed.

It’s open secret that everyone checks out their friends’ profile every now and then, but to comment on everything is to admit that you are constantly checking out on them. What is even worse is that your friend’s friends might notice as well, seeing that you are a ‘regular’ commenter. If you don’t wish to be labeled a pest, try to limit your comments somewhat.

Bonus: Be Careful Of Your Tone

As with all other online communication, communicating in Facebook is mostly textual. We can neither hear the voice tone nor see the body language when the other person ‘speaks’. In other words, it’s easy for someone to think you are being sarcastic when you are not, or misunderstand you in any other manner for that matter. To complicate things, everyone has their own typing style.

One way we can compensate for the lack of cues is to use emoticons. It’s pretty limited, but experience has taught me that a simple smiley face after a sentence can do wonders by neutralizing any potential tension. Smile and the whole world smiles with you 🙂

Some people have this idea that the number of ‘friends’ you have in Facebook is a status of your popularity in real-life. That may be true if these ‘friends’ are people whom you know offline, and not strangers whom you randomly add while browsing through the Facebook network.

The idea becomes warped when people add friends merely for the sake of boosting their ‘popularity indicator’ among their peers. That’s not cool. But if you wish to add someone for some valid reason, like to get to know this girl you have a crush on, do so with some introduction or through a mutual friend. Skipping that step only leaves a bad impression of you, which is the last thing you want.

2. Tag Your Friends In ‘Unglam’ Shots

Guys may take it lightly when they are tagged in photos that look as if they just woke up from the bed, thinking that it’s a joke pulled off by their friends. When it comes to gals though, appearing ‘unglam’ means a lot more to them. Of course, this applies to some guys as well. What you need to take from this rule is to be sensitive of who you might be tagging in photos, especially those shots which are obviously awfully taken.

Checking out the updates on your newsfeed, you see the same friend updating his status over and over again. Not any insightful ones, but just posts about what he’s doing every ten minutes. How exciting. You decide to hide his posts.

Sounds familiar? Probably. It’s annoying because no one is really interested in their friends’ everyday mundane activities, yet it just keeps popping out in their updates. Spice up your status updates a little. Instead of telling your friends you’re in the can taking a leak, share something interesting about yourself.

4. Vent About Your work

Are you the type who is found of venting your anger about work on Facebook? Well, Facebook is a double-edged sword when it comes to its social networking capability. The boon is that it enables us to connect in an unprecedented manner with friends of friends of friends through the identification of mutual friendships. On the other hand, the bane is that there’s easily a way to gather information about you by passing through such layer one-by-one.

Even with your most stringent privacy settings, there’s still a risk that what you post can reach people you wouldn’t want it to reach, and your co-workers and boss are the last people you want to mess with. So, just play safe and leave your venting to somewhere private.

Remember those chain e-mails that demand you to forward to all of your friends or you’ll die a horrible, horrible death? Well, Facebook has a similar kind of chain, but usually for a good cause. Someone first post a status update about a social cause, encouraging those who read it to post the status too, so that their friends will get to read it and post it as well. This chain thus spread the cause, raising public awareness.

The intention here is right, but sometimes too much of a good thing isn’t good. When you see your newsfeed updates filled with the same status, you get annoyed instead, and you associate your negative emotion to that social cause.

Everyone is entitled to state their own opinion on the free internet, so there’s no need to put anyone down just because you disagree (or worse, don’t like the person).  Sometimes I even see people criticizing the comments of their friend’s friend who replied to the post, whom they don’t even know. It’s embarrassing not only to yourself, but to your friend as well.

In the spirit of good conversations, let’s keep this in mind in whatever communication we have online, in Facebook, forums, emails, etc. Don’t ruin it for everyone.

At the end of the day, it’s entirely up to us to follow these etiquette rules. I guess it’s about finding the balance between the being fun and sensitive to everyone. On one hand, we shouldn’t restrict ourselves with rules and regulations that would limit our creativity and spontaneousness of our social interactions. On the other hand, we ought to be aware of the publicness of Facebook to protect our privacy and at the same time respect the fact that each one of us forms part of the Facebook experience of everyone else. Find that right balance and you’ll not only better that experience yourself, but also help others enjoy it as well!

How To Recover From A Major Mistake At Work

‘Bring Your Own Device’ to Workplace – Should Employers Allow This? 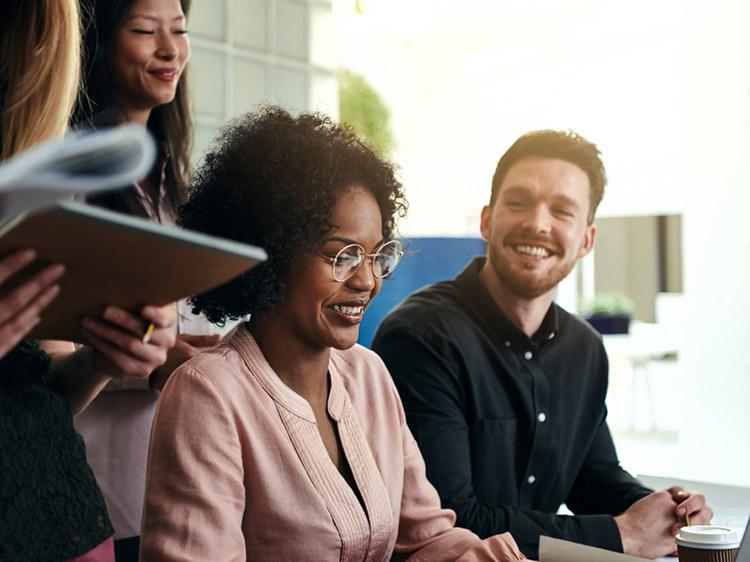 6 ways to become irreplaceable at work